Since the last post, Redemption’s hull has been sanded, primed, painted and her name stuck on. And let me tell you she looks fine as wine! I have been told she is “starting to look almost to pretty to race”, I say humbug! Redemption will race and look great doing it, like Hope Solo of the US Women’s national soccer team. So without further a due, let me bring you up to speed.

The last you saw Redemption was sanded and primed on the topsides. We decided to go with AwlGrip Aqua Mist for the final color with a AwlCraft Verde Green (which if you know any Spanish that is a silly name, literally meaning “green green”, someone got creative) for the boot strip.

Finially to add the last touch, we painted the recessed accent line with AwlGrip Pale Gold. Our painter Carlos Martin did a phenomenal job! Paint always looks wicked fresh and wet, so much gloss and shine its nuts!

For the bottom coatings, we sanded her down to the gelcoat and slapped on a fresh new coat of barrier coat. After that we sanded the barrier coat to a smooth finish so the next paint would adhere better. Now what was to come next was an exercise in speed and finesse, that is applying the copper loaded epoxy to the bottom. Each batch was a mixture of fine copper powder, Mas epoxy, and to thin it to the correct consistency we used xylene (which sounds like a musical instrument to me).

Here is a short clip of us mixing the epoxy and copper powder:

After that we had to semi rush to get the copper loaded epoxy on the hull before the epoxy started to set. We had about 3-4 people on roller and a couple mixer/refillers on that job! On the second coat, my friend Lyle was thoughtful enough to bring two 1984(year the boat was made) copper pennies and stuck them on the bow on each side just under the bootstripe! I thought that was so neat, just like when putting you penance coins  at the base of a mast when you step it.

After two nice heavy coats we were all finished and cleaned everything off. Everyone had at least some copper on them somewhere, though when new and fresh it looks very cool and iridescent. The color of the aqua mist and the fresh copper bottom is just amazing, it was almost surreal and I was lucky enough to have my Sony NEX-5 with me to take the picture.

Fast forward almost a year, I had Carlos paint the cockpit, dorade vents, anchor locker and hatches with AwlGrip Oyster White, which was picked by my awesome and gorgeous girlfriend, Michelle. It’s an off white/almost cream color which really looks great next to the aqua mist green. Also, I had him strip, seal, and varnish the cap rail and companionway teak. after removing the old tired varnish-whatever they had on there, the teak came to life! All hatches have been attached and most cleats and other deck hardware has been replaced with new bolts/screws and bedded with Bed-It Butyl Tape. 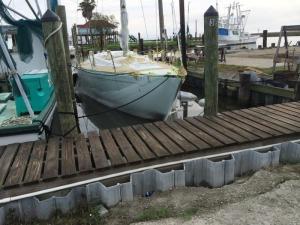 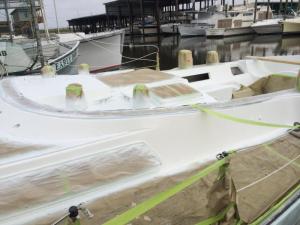 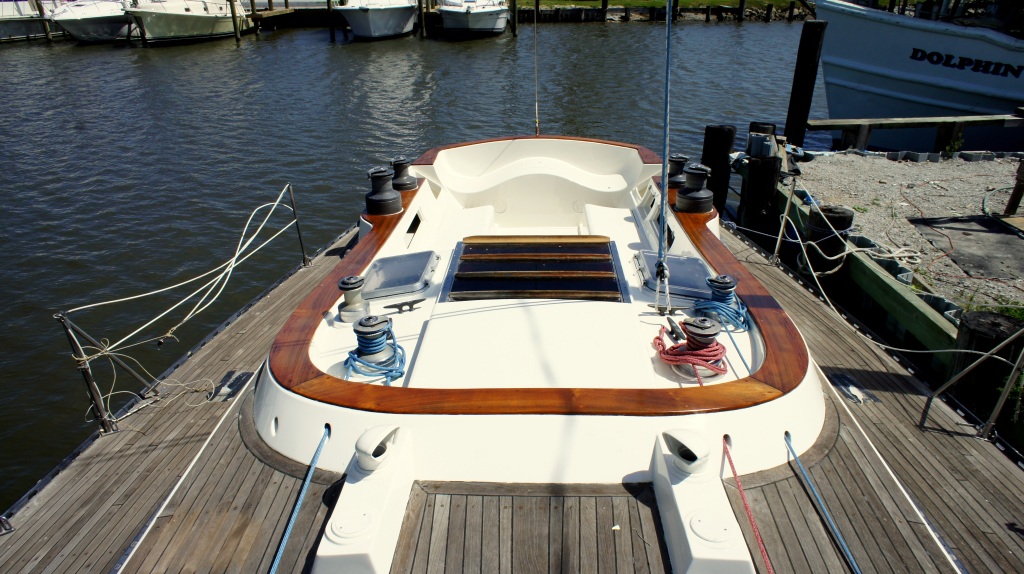 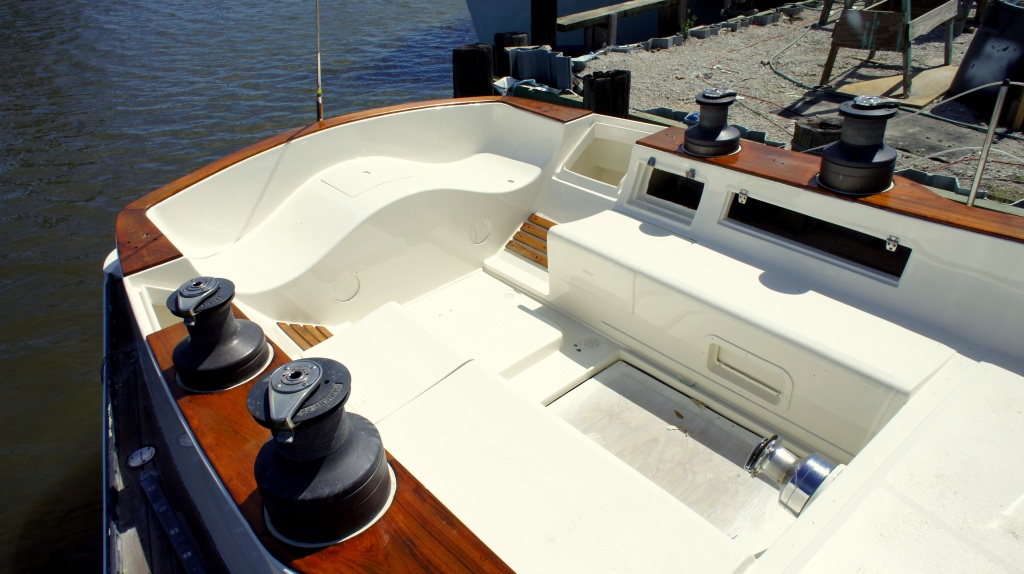 Everything just came out great, and once again Carlos amazed me, which I have come to expect! He really is an artist with boats and paint. I was so unbelievably happy when I came home from work to see the cockpit and everything else painted so nice. Redemption is a beautiful piece of floating artwork and she’s ready to show off! Soon her hull will be reflecting crystal clear Caribbean water somewhere south of where she is now.

9 thoughts on “An Artist’s Canvas”