We have never made a formal starting point from which Redemption arose of the shadowy depths from which I found her. Here is a photo-documentary of where it all started.

Click on the photos for a slide show and bigger images. 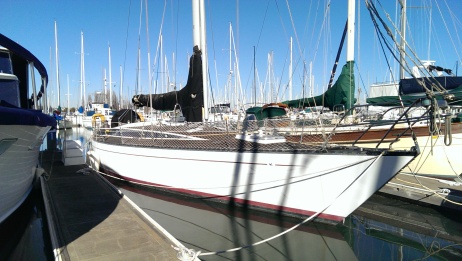 How she was the first time I saw her

As you can see from the halyards, the boat hasn’t been tended to in quite some time 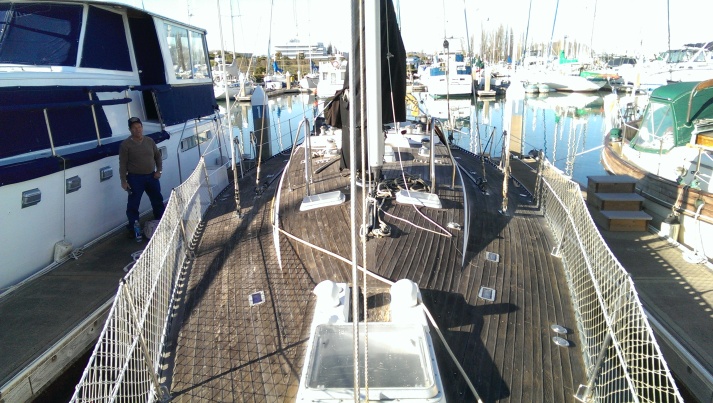 Panoramic from bow (the mast is NOT that crooked I promise. Wink)

Coming down the companionway into the salon to port 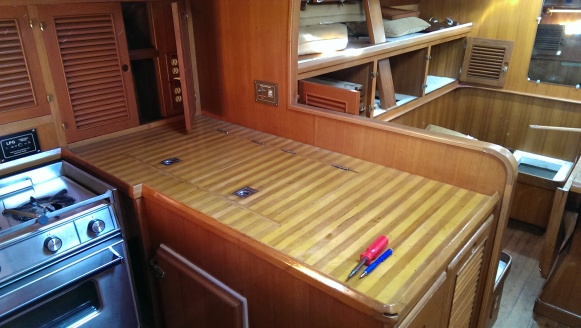 The galley countertop and reefer/freezer lids

Beneath the counter next to the hull and sink

Looking at the companionway from salon. Ladder hung up to access v-drive

The giant, old heat exchanger for the Volkswagon diesel 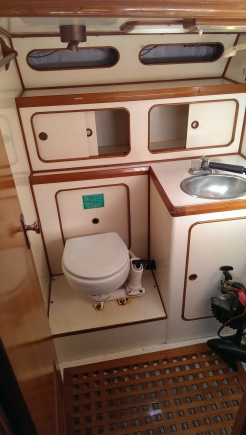 The massively antiquated navstation (why yes, that is Loran!)

Fwd head with toilet and sink

The blackwater plumbing nightmare. Also, not seen here, but the bottom valve was so old and rotten it was actually weeping water through the bronze…Yikes, don’t touch!

Shipping from Svendsen’s Boat Works in Alameda, CA to Lake Catherine Marina in New Orleans, LA. A trip across the southern most parts of the United States stretching almost 2,300 miles. J Daniel Marine transporters was the agent I used to ship Redemption and if needed, I would use them again in a heart beat. They were great, very professional, timely with emails and correspondence. The coolest part was they send you picture updates along the way to let you know how your boat is doing during the land voyage. Here are some pictures they sent:

Loaded up and ready to roll

The Wassuk Range in Nevada

The unloading didn’t take long, but there was much excitement nonetheless. When we could see that big girl coming over the Rigolets bridge from the marina and the anxiousness was almost palpable! She finally rolled into the marina a few short moments later. Redemption was finally home but it would be some time before she would touch the sea again as she was in desperate need for some lovin’. And this is where the adventure begins… 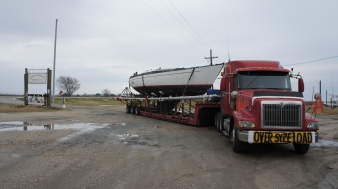 Our first picture together 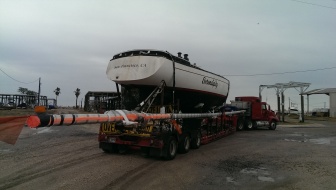 Heading back to the yard

Removing the mast so the tavel lift can pick her up

Almost off the trailer

Lined up and centered 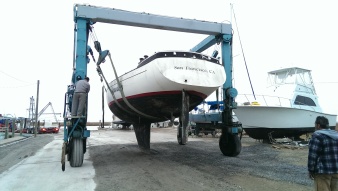 Off the trailer and heading to her temporary resting place 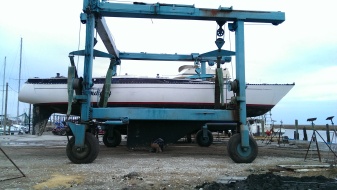 Blocking and getting the big stands for this tall girl!

2 thoughts on “In the Beginning”