They say Virginia is for lovers, but it is definitely for hikers! From the Blue Ridge Mountains to the Appalachian Mountains, Virginia hosts hundreds of hiking trails with a variety of breath-taking views along the way. A long weekend getaway in Virginia is definitely worth the money and energy! So grab your lover and get hiking in Shenandoah National Park or one of Virginia’s many state parks!

Neither Ronnie nor I had any plans to travel to the “lover’s state”.In fact, lately, whenever we plan to travel we always look internationally. Virginia was nowhere near the top of our list of places to visit. However, a very good friend of ours was getting married in Luray, VI, and we looked at each other and said “Why Not?!”. We both wanted to see our friend get married and we have heard from family that Virginia is beautiful and Ronnie hiked near this particular section of the Appalachian Trail which runs through it, so it must have great hiking! So with giddiness and eagerness to start planning, we mailed off our RSVP and started packing for our trip!

Our trip was only going to last three nights due to time constraints. The first night was going to be spent at Grayson Highlands State Park! This park is a must if you are looking for a night or two of easy backpacking with wild ponies! Yes, PONIES! Back in the day, settlers introduced the ponies to the mountain’s bald faces to help keep the brush down. When the highlands became a state park, the state decided to leave the ponies within park boundaries.

After the long drive from Louisiana, Ronnie and I were both ecstatic to stretch our legs on the trail on our first night of backpacking together. And of course, to see those ponies! Not only are you bound to see ponies at Grayson, but if you take a hike during dusk you have good chances of running into a black bear. Ronnie and I hopped on the trail at about 730 pm and within five minutes of hiking,  two cubs and a mama bear came scampering by us! What we didn’t know at the time is that there are a ton of black bears in the state of Virginia. After the bear sighting, we didn’t see much because the sun had set, but we managed to get to our planned campsite unscathed in the night. 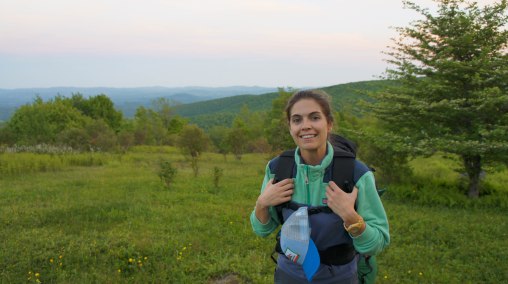 Tucked in and relaxed, we finally took in the sounds of the Virginian wilderness around us. Within minutes, we heard a “clop clop clop.” The sound of hooves seemed to meandering right by our tent. Then, a second of silence. Next, a deep, heavy exhale. Finally, the sound of a horse gripping the grass with its lips and munching on it like a cow. This pony was right outside our tent munching on the same grassy patch we pitched our tent on! We were thrilled to have fallen asleep to the sound of that pony chewing on grass right alongside our tent.

As we peered outside our tent early the next morning it was quite the comical sight. The ponies had positioned themselves outside our tent as well as our neighboring campers to greet the rousing campers into the new day and maybe receive a little handout. Realizing we were not going to give him any handouts, the pony positioned outside our tent moved on. However, once ready for breakfast Ronnie ripped open the bag of dried mango slices, which I’m sure sounds similar to them as any bag of chips. The pony who wondered off must have associated that sound with “free food”, because sure enough, he came marching right back to our tent and stood there staring at us as we ate our breakfast. It was one of the most entertaining breakfasts we have ever had.

With a bit of food in our stomach and not seeing much on the hike the night before due to the late start, we were ready to hit the trail and take in the sights of what the Virginian Highlands had to offer. We had mapped out a 12 mile loop, and had ten miles of beautiful scenery ahead of us.

Some of the highlights included the Rhododendron trail, beautiful rock formations on the bald faces, a pine forest trail to the summit of Mt. Rogers, ponies laying about, and the Scales which settlers in the region used to bring their cattle to weigh (hints: the scales) and auction them off. Check out the photos below: 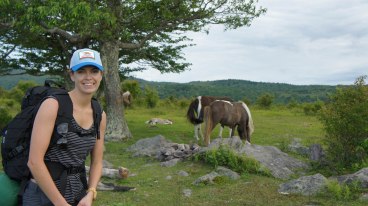 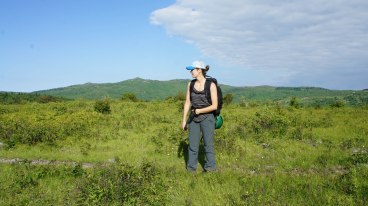 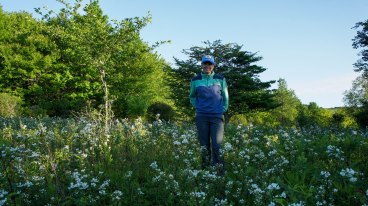 After Grayson Highlands State Park, we hopped in the car and ventured north. Our plan was to spend a relaxing, carefree night at Shenandoah National Park before our friends wedding festivities commenced in neighboring town of Luray. Like our arrival at Grayson, our arrival at Shenandoah was not until the waning hours of dusk. I was again bummed and frustrated with the local traffic we were caught up in that caused our late arrival; however, we were in for a treat because within minutes of passing through the parks southern entrance and driving north on Skyline Drive we were lucky enough to see multiple deer and a black bear scamper across the road! The evening at Shenandoah was not lost!

We finally made it to the Loft Mountain Campground at about 830pm, found our spot, pitched our tent, made a fire, and broke out the pizza and brews we picked up before heading into the park. It was one of my favorite nights with Ronnie as we sat on our wool blanket in front of our cozy fire with pizza in hand.

The next day we took our time breaking down our site and geared up to head into Luray. But before we headed into town, we stop at the parks Visitor’s Center to learn a little bit about deers and perhaps to catch a glimpse of one! And we got lucky! Not only did we see a small herd, the rangers pointed to us to a tree were a bear’s claw marks can be seen! 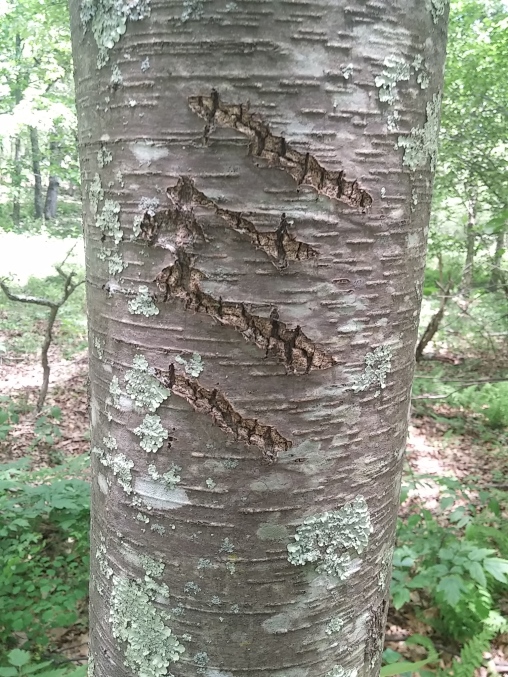 Luray is one of Virginia’s historic and scenic small towns, and it is home to the Luray Caverns, which just happens to be the place our friend was getting married! Once in Luray, we happen to stumble upon the South Court Inn. The couple who ran this B&B were so friendly and welcoming to us. We highly recommend this B&B. Once settled and cleaned up, Ronnie and I were off to the wedding festivities! However, there was a part of us that simply wanted to spend the evening in rocking chairs on the  porch taking in the view of the Appalachian Mountains.

The caverns are filled with beautiful mirror pools, stalactites, stalagmites, and other wonderous rock formations.  The ceremony was held in a section of the cave where it opens up like a grand cathedral. In this room, there is an organ called the Great Stalacpipe Organ that uses the stalactites of varying sizes as it pipes! So cool. It is a must if you plan to make Luray a stop. 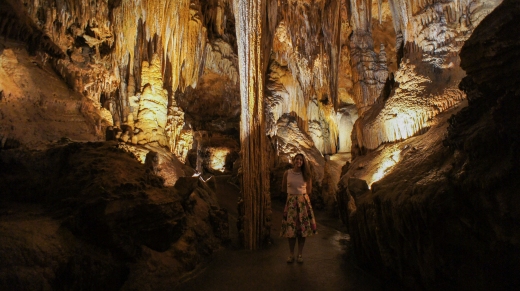 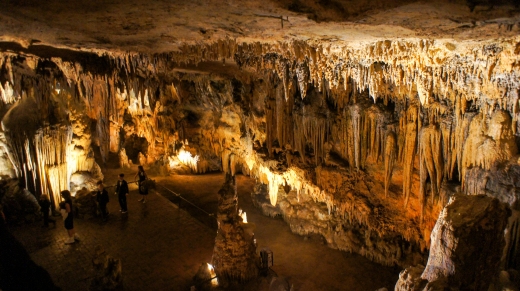 The reception to follow was held across the street at the Burner Barn and it was quite the fun-filled reception!